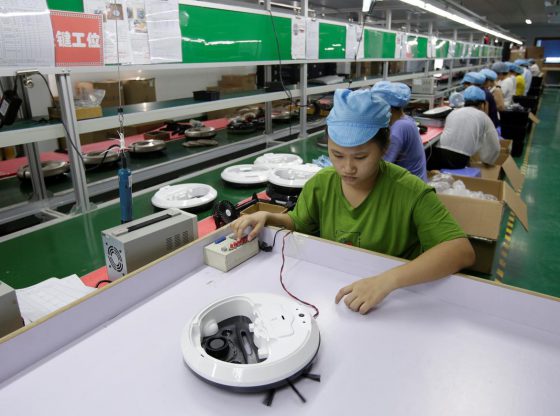 China’s factories suffered a collapse in export orders in April, twin surveys showed, suggesting a full-blown recovery appeared some way off as the coronavirus health crisis shut down large parts of the world economy.

The sobering result comes amid moves by major nations to ease up on lockdowns, underlining the stiff challenges facing businesses as policymakers brace for the worst global slump since the Great Depression.

China’s official Purchasing Managers’ Index (PMI) eased to 50.8 in April from 52 in March, the National Bureau of Statistics said on Thursday but stayed above the neutral 50-point mark that separates growth from contraction on a monthly basis.

“The Western world has yet to relax some of its city lockdowns. And even after the lockdowns are relaxed, it is uncertain when demand will return to pre-Covid levels due to strict social distancing measures implemented domestically and in foreign economies.”

With the coronavirus largely under control domestically, China’s economy has begun to open up again as authorities loosen lockdown restrictions.

But major economies, including the United States and Europe, remain in the grip of the pandemic amid mounting infections and deaths. Analysts warn the rest of the year will be bumpy for businesses and consumers in China, especially due to depressed external demand and mounting job losses.

“The survey shows that as many as 57.7% of the factories surveyed have reported a lack of orders. Some have said market demand is tepid, product sales are difficult and it will take time for orders to come back again,” NBS’ Zhao said.

That led to a slower expansion in production over April.

Labor conditions improved for the second straight month, but the pace slowed to 50.2 from 50.9 in March.