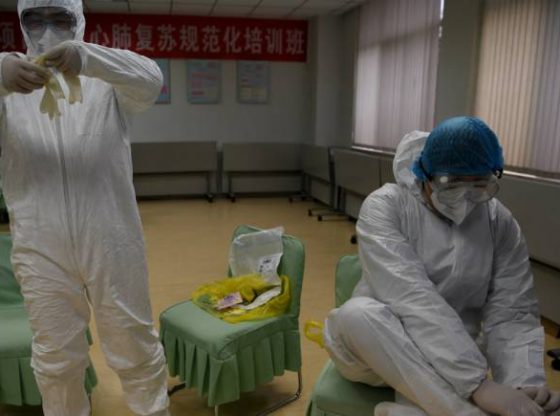 The death toll in China due to the novel coronavirus epidemic rose to 908, Chinese health officials said on February 10.

The total number of confirmed cases have risen to around 40,171 in China’s 31 provincial-level regions so far.

China’s National Health Commission has also said that there were 97 deaths and 3,062 new confirmed cases of the lethal infection on February 9.

According to the commission, ninety-one deaths were reported from the Hubei province — the epicentre of the epidemic. There were two reported deaths in Anhui, and one each in Heilongjiang, Jiangxi, Hainan and Gansu.

On February 9, as many as 3,281 patients were discharged from hospital after recovery.

Over 300 cases of novel coronavirus have been reported outside of China. These include three cases in Kerala, India.

Screening of commuters continues at various airports across the country. Hundreds remain under observation, especially in Kerala.

India too has put restrictions on the movement of people to and from China as part of precautionary measures to contain the spread of the virus.

Prime Minister Narendra Modi has conveyed to Chinese President Xi Jinping India’s readiness to provide assistance to the country to deal with the situation.

In a letter to Xi, PM Modi expressed solidarity with the president and people of China over the outbreak of the virus.