Dollar Down On Simmering U.S.-China Tensions 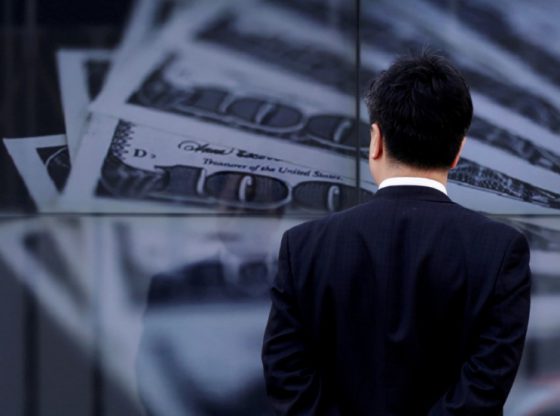 The dollar was down on Friday morning, ending the week by giving up some of its gains from Thursday.

Investors are keeping an eye on simmering U.S.-China tensions, with U.S. President Trump saying in an interview overnight that he did not want to speak with Chinese counterpart Xi Jinping and suggesting that he could cut ties with the second-largest economy.

“The market is sort of in a wait-and-see mode at the moment, waiting to see in particular whether U.S.-China trade tensions really do escalate,” Rodrigo Catril, senior foreign exchange analyst at National Australia Bank, told Analyst.

“Trump is making a lot of vocal discontents, but the reality is that if he goes into any meaningful punishment, he knows it’s going to have market consequences and given the brittle state of the U.S. economy, that’s a tricky balancing act.”

The U.S. Dollar Index Futures that tracks the greenback against a basket of other currencies slipped 0.34% to 103.145.

The USD/CNY pair gained 0.05% to 7.0983 after China reported a 3.9% increase in April industrial production year-on-year. The increase was higher than the 1.5% figure predicted by analysts.

The country also reported a 7.5% fall in April retail sales from the same period last year. Analysts had predicted a 7% drop.

The AUD/USD pair lost 0.59% to 0.5763, with the trade-sensitive Australian dollar reporting its first weekly loss since early April.

The GBP/USD pair gained 0.13% to 1.165, as the pound touching a five-week low of $1.2161 on Thursday. The U.K. reiterated its refusal to extend the Brexit transition deadline beyond December.