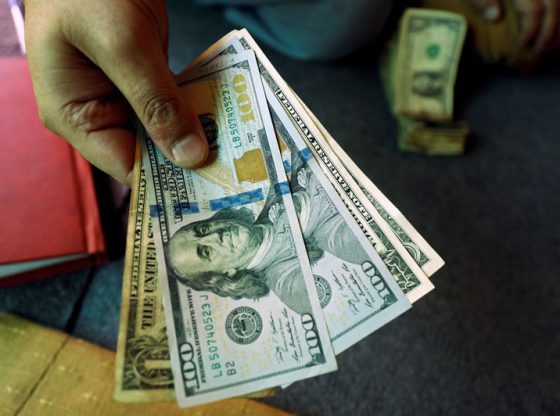 The dollar was hemmed into a narrow range on Friday, supported by safe-haven flows as a resurgence of the coronavirus in the United States discouraged some investors from taking on excessive risk.

The yuan held steady after data showing a strong rebound in China’s services sector, as investors avoided big positions due to worries about diplomatic friction between Washington and Beijing over civil liberties in Hong Kong.

The U.S. economy added more jobs than expected in June, data showed on Thursday, but reaction in the currency market has been muted because another spike in coronavirus infections threatens to once again put the breaks on economic activity.

“The market is leaning more toward buying the dollar, particularly against emerging market currencies, because the dollar is considered the safest asset around.”

The dollar held steady at 0.9460 Swiss franc after three straight days of gains.

A wave of coronavirus infections has prompted the halting of or back-pedalling on plans to reopen economic activity in several U.S. states after months of strict lockdowns.

Trading in other Asian currencies on Friday was subdued before the U.S. holiday, but analysts say sentiment favours more gains in the dollar as investors turn cautious.

Relations between the United States and China are also in focus.

The onshore yuan traded at 7.0665, little moved after data showed China’s services sector expanded in June at the fastest rate in more than a decade.

The Australian dollar held steady at $0.6921 after data confirmed retail sales rebounded by a record in May.

Across the Tasman Sea, the New Zealand dollar traded at $0.6514.