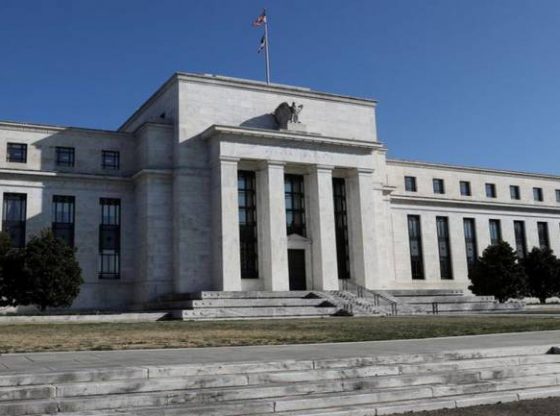 The US Federal Reserve has cut its key interest rate to virtually zero and launched a massive $700 billion quantitative easing programme.

Citing “the coronavirus outbreak has harmed communities and disrupted economic activity in many countries, including the United States,” it announced drastic emergency measures to shore up confidence and keep the financial sector running.

The Fed’s March 15 move is its second emergency rate cut in less than two weeks. The benchmark borrowing rate is now at levels similar to that during the 2008 global financial crisis. It pledged to keep it there “until it is confident that the economy has weathered recent events.”

The central bank also slashed the rate of emergency lending at the discount window for banks by 125 basis points to 0.25 percent, and lengthened the term of loans to 90 days. In another move, it removed bank reserve requirements to allow them to use cash backstops.

President Donald Trump, who has been critical of the Fed for not acting more aggressively, praised the moves. “What’s happened with the Fed is phenomenal news,” Trump said at a regular briefing of his coronavirus task force.

The action was coordinated with the European Central Bank, Bank of England, Bank of Japan, Bank of Canada and the Swiss National Bank.

The swap lines are available standing facilities and serve as an important liquidity backstop to ease strains in global funding markets.

The Fed added in its statement that it “is prepared to use its full range of tools to support the flow of credit to households and businesses and thereby promote its maximum employment and price stability goals.”

The move follows several actions by the Fed over the past two weeks in which it enacted a 50 basis point emergency rate cut and expanded the overnight credit offering, or repo, for the financial system up to $1.5 trillion.

The massive show of financial force as more countries are on lockdown due to the spread of the COVID-19 illness aims to contain the economic fallout as businesses are forced to shut their doors, in an already sluggish global economy.