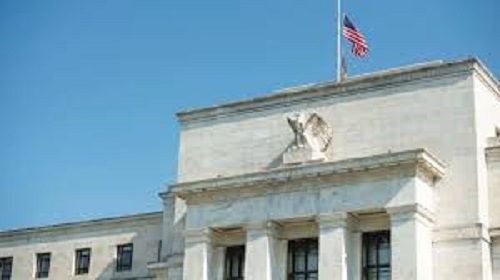 Federal Reserve policymakers are looking at reviving a Great Recession-era promise to keep interest rates low until certain conditions are met, in a bid to deliver a more rapid recovery from the recession triggered by the coronavirus pandemic.

A couple of policymakers preferred tying changes to rates to a specific unemployment rate; a “few others” wanted to promise easy monetary policy until a specific date in the future – an approach the Fed used effectively in 2012 and 2013.

Although two warned of the danger of adopting any such policy, citing financial stability risks, the minutes showed that policymakers overall supported giving the public more explicit forward guidance, both for rates and bond purchases, “as more information about the trajectory of the economy becomes available.”

The readout showed much less support, and many questions, about alternate forms of support including control of the yield curve, a strategy in use by other central banks around the world.

Fed officials anticipate the United States will suffer the worst economic downturn since World War Two, and they have no intent to let up on providing stimulus for the foreseeable future.

“Members noted that they expected to maintain this target range until they were confident that the economy had weathered recent events and was on track to achieve the (rate-setting) Committee’s maximum-employment and price-stability goals,” the Fed said in the minutes.

The U.S. dollar slightly extended losses against the yen and euro while the S&P 500 index .SPX edged higher after the release of the minutes.