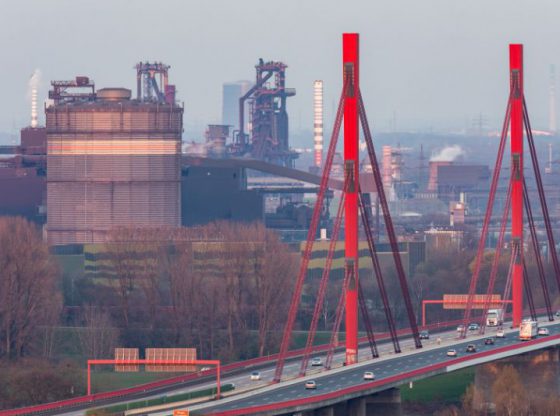 German business morale crashed in April in its most dramatic fall on record and hit its lowest reading since reunification as the coronavirus crisis takes a heavy toll on Europe’s largest economy.

The Ifo institute said on Friday its April survey showed that its business climate index slumped to 74.3 from a downwardly revised 85.9 in March. A Reuters poll of economists had pointed to a fall to 80.0.

“Sentiment at German companies is catastrophic,” Ifo President Clemens Fuest said in a statement. “The coronavirus crisis is striking the German economy with full fury.”

An Ifo economist said the German economy would see signs of recovery from mid-year at the earliest, adding that any recovery from a recession sparked by the coronavirus pandemic would likely not be a V-shaped one.

Germany’s central bank, the Bundesbank, said on Monday the economy is in a severe recession. The government has responded with measures including a 750-billion-euro ($806.03 billion) stimulus package.

Another survey published on Thursday showed that Germany’s private sector recession deepened in April as services and manufacturing suffered record falls in output due to the coronavirus outbreak and measures to contain it.

“As dreadful as today’s Ifo numbers are, the bigger concern for any growth forecasts is the fact that the easing of the lockdown measures takes somewhat longer and is more gradual than initially expected,” said ING economist Carsten Brzeski.

Chancellor Angela Merkel urged Germans on Thursday to show endurance and discipline to get through the coronavirus pandemic that is “still at the beginning”, and called for a bigger European Union budget to support economic recovery in the bloc.

German carmakers have restarted production at some factories this week after the country eased restrictions designed to contain the coronavirus outbreak. Certain shops are now allowed to open, but strict social distancing rules remain in place.

German unemployment is set to rise by around 520,000 and exceed 3 million this year, the IAB labour market research institute said on Friday, as the coronavirus pandemic puts strain on the economy and more people out of work.