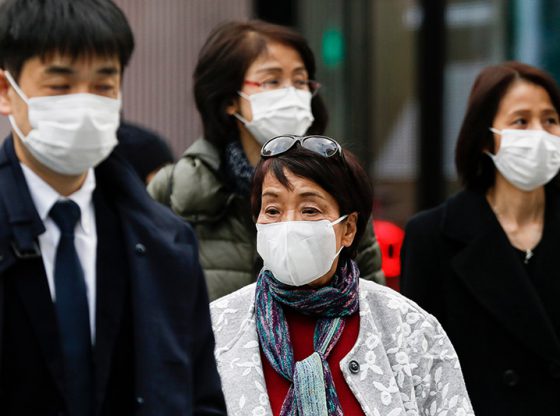 China’s gross domestic product plunged 6.8% in the first quarter, its first drop since data was gathered in 1992.

Gilead Sciences’ shares soared after hours as the American biotechnology company reported positive clinical trial results for its drug to treat the virus, while Boeing announced it will restart production next week.

Germany A coronavirus contact tracing app will be ready for Germans to download and use on their smartphones in three to four weeks, the country’s Health Minister Jens Spahn said on Friday.

U.K. London Mayor Sadiq Khan called on the British government Friday to make face masks compulsory for people traveling around the capital or shopping to help stop the spread of the virus.

Captain Tom Moore, 99, a British war veteran, has raised more than £17 million ($22 million) for his country’s health service by walking 100 laps of his garden. The retired army captain originally aimed to raise 1,000 pounds by completing his challenge before his 100th birthday on April 30.

Denmark will allow certain small businesses, such as hairdressers, beauty salons and driving schools to reopen on April 20, the government said on Friday, following a lockdown ordered last month to rein in the coronavirus.

Kazakhstan NASA astronauts Andrew Morgan and Jessica Meir will take an unusual – and more exhausting – route home after safely landing in the Kazakh steppe on Friday, because of lockdowns caused by the novel coronavirus.

The U.S. astronauts will have to endure an additional 300km drive before boarding a NASA aircraft, adding hours of exhausting land travel after 205 days in space, 3,280 orbits of Earth and a trip of 86.9 million miles.

China‘s economy shrank for the first time in almost three decades of records in the first quarter, as gross domestic product fell 6.8% in January-March year-on-year.

This was slightly larger than the 6.5% decline forecast by analysts and reversed a 6% expansion in the fourth quarter of last year.

The contraction is also the first in the world’s second-largest economy since at least 1992 when official quarterly GDP records started as the coronavirus paralysed production and spending.

China’s authorities in Wuhan, the city at the epicentre of the coronavirus outbreak, have revised up the number of people killed by 1,290, a rise of 50 per cent, citing reporting issues from the start of the outbreak. The revised death toll is now 3,869.

Japan‘s exports likely slumped the most in over 3-1/2 years in March as the coronavirus pandemic crushed demand in the United States and Europe, a Reuters poll showed, heightening the chance of recession for the world’s third-largest economy.

Hong Kong‘s Cathay Pacific Airways will close its three cabin crew bases in the United States, the airline said on Friday, laying off 286 staff as the coronavirus pandemic has virtually halted global travel.

Australia’s Prime Minister Scott Morrison warned that social distancing measures, such as people standing 1.5 meters apart, could be in place for another year.

He said in an interview with radio station 3AW that Australians should “get very used to” the measures, adding that “It could be a year, but I’m not speculating about that.”

Meanwhile, the country is pushing to reopen schools, as medical advice received by the government suggested that children are at lower risk of transmission.

U.S. President Donald Trump laid out new guidelines on Thursday for states to emerge from a coronavirus shutdown in a staggered, three-stage approach.

The recommendations call on states to show a “downward trajectory” of Covid-19 cases or positive tests for the disease over 14 days before gradually loosening restrictions on businesses that have been shuttered to blunt the spread of the virus.

The United States announced Thursday that 5.2 million people claimed unemployment over the past week, bringing the total number of unemployed Americans to over 20 million over the last month.

Boeing will restart commercial airplane production next week, sending around 27,000 employees back to work in Washington state. The company suspended operations there last month, but will now used staggered employee shifts, creating physical distance in the workplace. It will also require face masks for all workers.