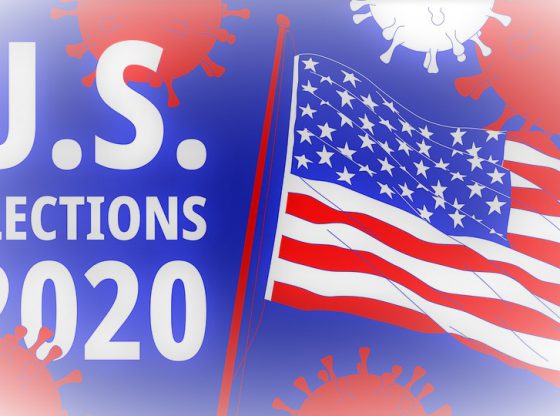 The unresolved outcome — due to an unusually large number of mail-in ballots because of the coronavirus — spurred the market to reassess the potential scale and timing of a much-needed U.S. fiscal stimulus package, the trajectory of the dollar and appetite for risk. On Wednesday afternoon, Democrat Joe Biden won Wisconsin, according to the Associated Press, while CNN and NBC projected the democratic nominee beat President Donald Trump in Michigan, offering him a clearer path to victory.

Gold and copper experienced wild rides in response to movement in the dollar, with bullion swinging between a gain of 0.4% and a loss of 1.4%. Oil surged as much as 4.2% to over $39 a barrel after fluctuating in a roughly $2-a-barrel range for much of the session.

With millions of ballots still to be counted, Trump falsely declared early Wednesday he had won re-election and said he would ask the Supreme Court to intervene. Meanwhile, Biden’s campaign said he was on track to be next president of the U.S.

The results so far — with Democrats facing a narrower majority in the House and long odds for taking the Senate — point to a smaller Covid-19 relief bill than the roughly $2 trillion that had been discussed by the Trump administration and congressional Democrats before the Nov. 3 election. With a potential “blue wave” off the table, bond traders are pricing in less fiscal support, sending yields reeling.

Delays to any conclusive outcome during the next few days should keep commodity-market volatility elevated as investors wait for more clarity, said Darius Tabatabai, head of trading at Arion Investment Management Ltd.

The stakes have never been higher in a U.S. presidential election. Whoever wins will have the monumental task of leading the nation in its fight against the coronavirus, which has claimed more than 230,000 lives in the country and decimated the economy. On a global level, the next president will also play an integral role in shaping domestic as well as international efforts against climate change, the use of fossil fuels and the pace of energy transition.

In the copper market, investors will be looking for clues on the likely path of trade relations between China and the U.S. over the next presidential term, according to Luke Sadrian, chief investment officer at Commodities World Capital LLP.

Soybean futures posted the best day in a month amid signs that strong Chinese buying could last into 2021 and investor concerns of lingering dryness in key South American producers.