India inflation likely to have hit six-month low in May

Home /COVID19, India/India inflation likely to have hit six-month low in May 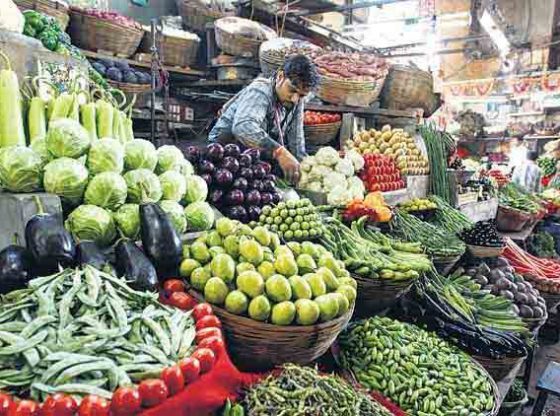 India’s consumer price inflation is likely to have moderated to a six-month low in May on a softer rise in food prices as supply disruptions eased after businesses reopened from the coronavirus lockdown in many parts of the country.

The June 4-9 poll of 35 economists showed that the consumer price index (CPI) was forecast to rise to 5.50% in May compared with a year ago.

Government statistics for April headline data were not published because of the lockdown, so the latest comparable figure is for March, which was revised down to 5.84% from 5.91% initially.

But some economists believe the May inflation data, scheduled for release on June 12, will also be cancelled.

“Food prices will be the biggest risk, but we do not see a material jump in inflation owing to lifting of the lockdown … and rising unemployment numbers suggest demand-pull inflation will continue to be low,” said the economist.

Some economists also expected price pressures for food to be moderate over the coming months based on expectations for the monsoon to be timely and normal.

Also, minutes of the latest unscheduled Reserve Bank of India meeting in late May, where it again cut the repo rate by 40 basis points to 4.00%, showed the central bank’s policy focus is aimed at reviving the economy first before worrying about the inflation outlook.

“The upshot is that inflation should not be a barrier to further policy loosening. The RBI is likely to further ramp up policy support in its next meeting, or sooner in an unscheduled meeting,” said the economist.

The poll forecast that India’s industrial output as measured by the Index of Industrial Production, or IIP, also scheduled for release on June 12, was likely to have contracted by an annual 44.9% in April after shrinking 16.7% in March.

That was mainly due to a contraction of 38.1% in infrastructure output – made up of eight main industries – including coal, crude oil and electricity – and accounts for nearly 40% of the country’s overall industrial production.