India may issue $5 billion of bonds next year with no foreign investment cap, sources say 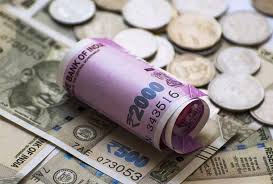 India is likely to issue at least $5 billion worth of bonds with no limits on foreign investment next year, in a bid to list the bonds on global indices and attract more foreign funds, according to two finance ministry sources.

India’s government is likely to issue the bonds in several tranches of at least $400 million each, one source said.

“We have spoken to major index operators and we will start pushing these bonds in tranches very early in the first half of the next fiscal year itself,” the first official said.

The bonds would be rupee-denominated, said the officials, who asked not to be named as the discussions were still private.

The finance ministry did not immediately reply to an email seeking comment.

In September, Reuters reported the government was considering a special window free of any foreign investment cap for overseas passive investors.

An inclusion in global indices would open India’s bond market to more investors and potentially reduce the government’s borrowing costs.

That investment could be significant in the long run, said Ananth Narayan, associate professor of finance at S.P. Jain Institute of Management and Research.

However, Narayan said, “if it is only a few bonds, a full- fledged index inclusion will not happen. We will get a very small, negligible kind of weightage on the index, but it is a good way to start,”