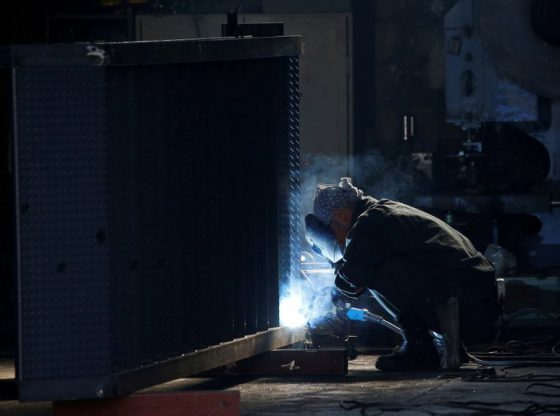 Japan’s factory output slid faster-than-expected and retail sales tumbled the most in more than two decades in April, as the coronavirus pandemic wrecked both foreign and domestic demand for the country’s autos and other manufactured goods.

The bad numbers suggest the recession seen in the world’s third-largest economy over the six months to March is likely to deepen in the current quarter as government-imposed lockdowns disrupted supply chains and kept consumers shut-in at home.

Official data on Friday showed factory output slipped 9.1% in April from the previous month, the biggest drop since comparable data became available in 2013 as automakers and iron and steel manufacturers suffered sharp declines.

The pace of a rebound will likely continue to be sluggish.

Automaker production fell by a third from the previous month. That led the government to downgrade its description of overall production to “decreasing rapidly” for the first time since November 2008, from just “decreasing” previously.

“Conditions among manufacturers particularly in the auto sector are severe, but production has already restarted in China and I think that they will be resumed in the United States and Europe as well,” said Economy Minister Yasutoshi Nishimura after the release of the data.

Nissan Motor Co. plans to slash production capacity and model range by about a fifth to help cut costs by 300 billion yen ($2.79 billion), following a slide in sales, the automaker said on Thursday.

Separate data showed retail sales tumbled at their fastest pace since March 1998 as the nationwide state of emergency led service-sector businesses such as restaurants to close.

Retail sales plunged 13.7% in April from a year earlier, heavily weighed by slumping demand for general merchandise, clothing, and vehicles.

The gloomy data comes after Japan’s export-reliant economy fell into recession for the first time in 4-1/2 years in the first quarter.

The government this week lifted the state of emergency and approved a second $1.1 trillion stimulus package, bringing the total pledged to save the economy from the pandemic to $2.2 trillion.

Japan was already trying to shake off weak demand before the outbreak after the government raised the nationwide sales tax to repair its public debt burden.

The largest component of the government’s new stimulus package was a loan program for smaller firms in immediate need of cash to keep the lights on.

Other government data on Friday showed worsening conditions in the jobs market, suggesting such support for small- and mid-sized firms remained much-needed to reduce the risk of employment conditions worsening.

The April jobless rate rose to 2.6%, its highest since December 2017, although still well-off the rates seen in other developed nations, where unemployment is approaching depression-era levels.