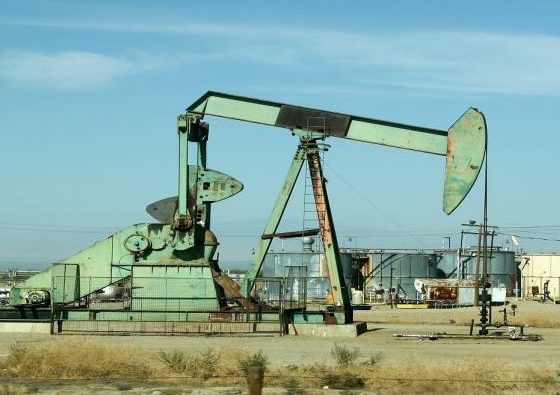 Oil rose on Thursday, spurred by rising tensions in the Middle East, output cuts by producing nations to tackle oversupply and the promise of more government stimulus to ease the economic pain of the new coronavirus pandemic.

Oil prices have suffered one of their most tumultuous weeks ever. The expiring front-month U.S. contract on Monday fell into negative territory for the first time as traders paid buyers to take crude off their hands given a lack of storage space for the current supply glut.

So far this year, Brent has lost roughly two thirds of its value.

Concerns about the collapse in demand because of travel restrictions to contain the coronavirus and a shortage of space to store oil still dominate, but analysts say they do not expect a repeat of Monday’s price shock.

The rally on Thursday followed an announcement from President Donald Trump he had instructed the U.S. Navy to fire on any Iranian ships that harass it in the Gulf, although he added later he was not changing the military’s rules of engagement.

“This ratchets up tensions once again between the U.S. and Iran. However, given the glut we have in the oil market, it is difficult to see this offering lasting support to the market, unless the situation does escalate further,” ING’s head of commodities strategy Warren Patterson said.

Output cuts by producers also supported prices. Kuwait began reducing oil supply to the international market without waiting for the deal agreed by major oil exporting countries to take effect on May 1.

OPEC, Russia and other oil producing nations, known as OPEC+, agreed this month to cut output by a record amount, representing around 10% of global supply, to support oil prices.

“It is questionable that bringing forward the planned output restraint by a week would make a material difference, especially as no demand consolidation is anticipated in the current quarter,” PVM Oil Associates analyst Tamas Varga said.

In addition to the OPEC+ deal, other producers are also pledging reductions. Oklahoma’s energy regulator said companies could shut wells without losing their leases. The state is the fourth-largest oil producer in the United States.

The stocks build was less than the market had expected, analysts said, providing some support for prices, while the promise of more government stimulus improved market sentiment across global markets.

The U.S. House of Representatives expects to pass a nearly $500 billion coronavirus relief bill on Thursday to provide funds to small businesses and hospitals struggling with the economic toll of the pandemic.