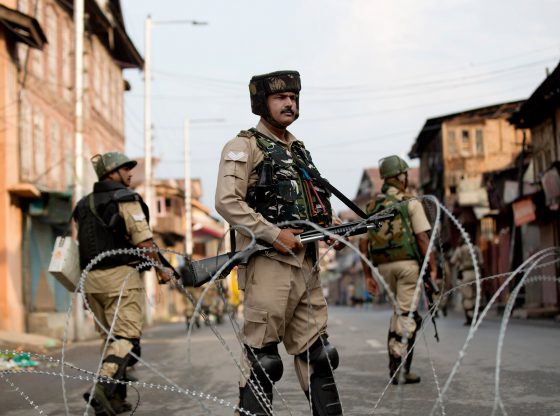 The law allows the government to designate individuals as terrorists and empowers India’s National Investigation Agency to investigate such cases.

Police have not arrested the journalists so far.

“The post by the (Facebook) users can provoke the public to disturb the law and order besides glorifying the anti-national activities”, Kumar said, in an apparent reference to Zehra’s postings on social media.

Recent feeds from Zehra, who has accused the government of censorship, have focused on militancy in Kashmir, as well as scenic beauty and COVID-19 related issues.

“They want to silence and suppress me for bringing out the repressed voices and stories from Kashmir,” she said on Monday.

The government in August revoked the constitutional autonomy of Jammu and Kashmir, India’s only Muslim-majority state, splitting it into two federal territories in a bid to integrate it fully with India and to rein in militancy.

Kashmir is claimed in full by both India and Pakistan, which have gone to war twice over it, and both rule parts of it. India’s portion has been plagued by separatist violence since the late 1980s.

The change in status was accompanied by a security crackdown that included the severing of telecommunications links and curbs on travel and the deployment of thousands of troops.

Kumar also said Pirzada Ashiq, a journalist working with the Hindu newspaper, had been summoned for publicising “fake news” in the newspaper about a gunbattle in which two militants were killed last week.

Senior staff at the newspaper could not be reached for immediate comment.

“The details reflected in the news item were found factually incorrect,” he said, adding that “district authorities” had not been sought out for confirmation.

Kumar added that the journalist would be arrested if he were found to have acted deliberately.

The Kashmir Press Club condemned what it described as harassment in the summoning of journalists by police in Kashmir.

“Even in this time of Coronavirus pandemic journalists in Kashmir have been called to police stations and forced to present themselves to explain their stories”, a statement issued by press club said.

“Government especially the police, need to understand there is a vast difference between journalism and cybercrime”, the statement said.