Top 5 Things to Watch This Week 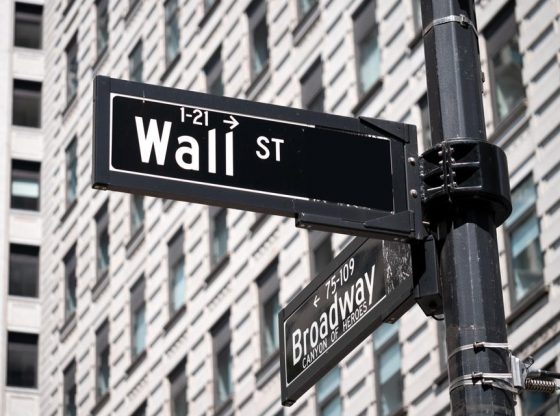 The coming week marks the start of the first-quarter earnings season on Wall Street. While analysts expect results to be fairly strong, most will be watching to see what companies say about the outlook for the current quarter and the rest of the year, given expectations for faster economic growth.

Meanwhile, on the economic calendar, the latest reports on U.S. consumer price inflation and retail sales will be the biggest data points of the week.

Global financial markets will also pay close attention to comments from a handful of Federal Reserve officials, including Fed Chair Jerome Powell, for additional insight into the outlook for monetary policy in the months ahead.

The first-quarter earnings season on Wall Street will kick off in the coming week, with banking giants JPMorgan Chase, Goldman Sachs, and Wells Fargo all set to release their latest quarterly results on Wednesday.

Earnings from Bank of America, Citigroup, and Blackrock are then due on Thursday, followed by Morgan Stanley on Friday.

Other big names due to issue results this week include UnitedHealth, Delta Air Lines, PepsiCo, and Rite Aid.

Overall, Q1 earnings are expected to have jumped nearly 25% year-over-year, according to Refinitiv. That would be the biggest quarterly gain since 3Q 2018 when tax cuts under former President Donald Trump drove a surge in profit growth.

Financials are expected to show one of the biggest earnings gains, up 75.6% year-on-year, while materials are seen up 45.4%.

The Commerce Department will publish March consumer price inflation figures at 8:30 AM ET Tuesday, which should give clearer signs on the pace of inflation.

CPI is expected to have risen 0.5% last month and 2.5% over the prior year, according to estimates. If confirmed, it would mark the fastest increase in eight months.

Excluding the cost of food and fuel, core inflation is projected to climb 0.2% from a month earlier and 1.6% on a year-over-year basis, a tad faster than the 1.3% increase registered in February.

The Commerce Department will release data on retail sales for March at 8:30 AM ET on Thursday.

The consensus forecast is that the report will show retail sales jumped 5.5%, rebounding from February’s steep decline of 3%, which was the biggest drop since April 2020.

Excluding the automobile sector, sales are expected to rise 4.8%, snapping back from a drop of 2.7% in the preceding month.

In addition, this week’s economic calendar also features reports on jobless claims, building permits, housing starts, as well as a pair of surveys on manufacturing conditions in the Philadelphia and New York regions. The preliminary reading of the University of Michigan’s consumer sentiment index is also on the agenda.

A number of Fed speeches will get market attention in the week ahead, as traders watch for further clues on interest rates.

Topping the agenda will be remarks from Fed Chair Jerome Powell, who is due to discuss the economy in an interview conducted by CBS’s “60 Minutes” program on Sunday night. He also speaks Wednesday at an Economic Club of Washington event.

The Fed chair has reiterated lately that any emergence of inflation should be temporary and that the central bank will keep its accommodative policies in place for a long time.

The data is expected to show the world’s second-largest economy grew 18.8% in the first three months of 2021 when compared to the year-ago period, accelerating from the previous quarter’s 6.5% pace.

China’s economy has shown signs of improvement in recent months, with activity rebounding to pre-pandemic levels thanks to a resurgence in global manufacturing and a sharp recovery in domestic spending.