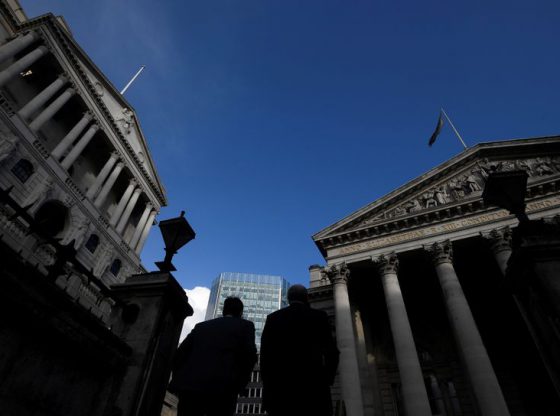 British mortgage approvals hit their highest level in nearly two-and-a-half years in December, according to Bank of England data on Friday that added to signs of an economic pick-up since last month’s election.

The number of mortgages approved for house purchase rose to 67,241 in December – higher than the consensus forecast of 65,700 in a Reuters poll of economists – from 65,514 in November.

There have been other signs that Prime Minister Boris Johnson’s victory in the Dec. 12 election – which removed the possibility of a further delay to Brexit which is due to happen on Friday – has given a confidence boost to the economy.

On Thursday, the BoE kept rates on hold after the signals of a pick-up. Many investors had expected a rate cut.

Growth in consumer credit rose by 1.2 billion pounds, stronger than the poll forecast too.

The BoE figures showed credit card borrowing rose by the most since February, up by 412 million pounds.

Household spending has helped to drive Britain’s economy over the last few years, helped by record levels of employment and a recovery in wage growth. But there were signs of a slowdown in spending in late 2019.

The BoE data also showed the biggest increase on record in net purchases of British government bonds by foreign investors in December – an increase of 28.6 billion pounds. The records date back to 1982.