Home /COVID19, Safe-haven/Yen up and dollar clinging on as China’s Houston response awaited 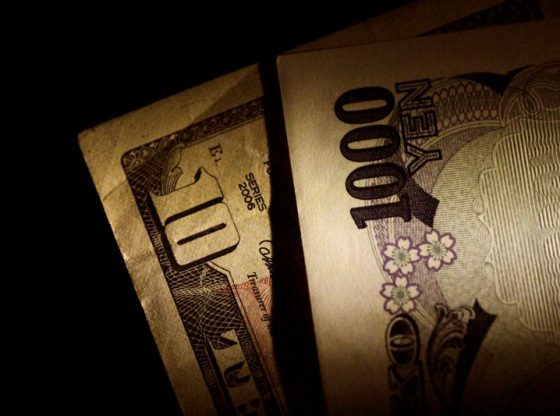 The safe-haven yen advanced to a one-month high on Friday as deteriorating Sino-U.S. relations heightened investor anxiety, while a surging euro put the beleaguered dollar on track for its worst week in a month.

Earlier on Thursday U.S. Secretary of State Mike Pompeo said Washington and its allies must use “more creative and assertive ways” to press the Chinese Communist Party to change its ways, calling it the “mission of our time.”

While trading volumes were lightened by a public holiday in Japan, the palpable tensions were enough to rouse the yen from a range it has kept for weeks.

The yen rose 0.3% to 106.51, its strongest since late June. The Australian and New Zealand dollars were also off from multi-month highs and the Chinese yuan struggled for headway.

Sino-U.S. ties have deteriorated over issues ranging from the novel coronavirus pandemic, which began in China, to Beijing trade and business practices, its territorial claims in the South China Sea and its clampdown on Hong Kong.

A tit-for-tat consulate closure is shaping as among the most likely Chinese reply to the Houston consulate eviction.

The Chinese yuan, a barometer of Sino-U.S. relations, fell overnight after the South China Morning Post reported that the U.S. consulate in Chengdu may be shuttered.

The yuan last sat at 7.0058 per dollar. Other Asian currencies from the South Korean won to the Thai baht and Singapore dollar were also gently pressured.

Elsewhere the tearaway euro remained a tower of strength since busting through chart resistance in the afterglow of Europe’s leaders agreeing on a coronavirus rescue package.

Besides China’s next move, investors are looking to a slew of Purchasing Managers Index figures due across Europe and the U.S. later on Friday for a read on economic recovery progress.

Focus is also on the next U.S. fiscal rescue package, which is deadlocked in Congress while a month-end deadline looms as some unemployment benefits are due to expire.